Big name entertainment isn’t exclusive to the big city. Here are eight great spring shows at Wind Creek Event Center in Bethlehem. There’s nothing quite like a night out to see a show. Extend the date night, girls’ night or road trip with a stay at The Sayre Mansion. Located less than two miles from the Event Center, you can avoid the traffic and enjoy exceptional hospitality in elegant surroundings. 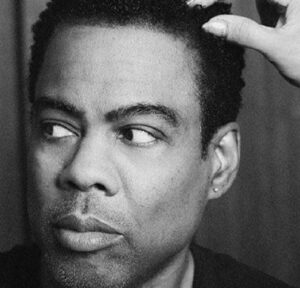 He’s an actor, director, writer and producer but is best known for his stand-up comedy. Rock got his big break on “Saturday Night Live,” then went on to star in films such as “Grown Ups,” “I Think I Love My Wife” and the “Madagascar” series. Most recently he starred in FX’s hit drama, “Fargo” and produced and starred in a reimagining of “Spiral,” the latest “Saw” franchise movie. His newest standup special, “Total Blackout: The Tamborine Extended Cut,” is now streaming on Netflix.

April 23
Since Young crashed on the country music scene at the age of 20, he’s been a dominant force in Nashville. He’s one of Billboard’s top country artists of the decade amassing 12 number one songs. Young’s string of hits include “You,” “The Man I Want to Be,” “Aw Naw” and “Drowning.” He leads the list of 2022 Academy of Country Music Award nominations including the coveted Album of the Year for his latest release, “Famous Friends.”

Audiences know Chris from his numerous specials on Comedy Central. He also starred in the IFC series, “Benders” and served as co-host of Netflix’s “Ultimate Beastmaster.”  Recently Chris starred in and co-executive produced the Sony/CBS pilot “Distefano,” based on his life and written by the creators of “How I Met Your Mother.” Last summer he hosted “Backyard Bar Wars,” a home renovation series for the WarnerMedia cable network. When he’s not working in TV, Chris is a favorite on the comedy circuit. May 6
The life and career of this legendary singer are chronicled in the smash Broadway musical, “Jersey Boys.” Hits such as “Big Girls Don’t Cry,” “Walk Like a Man,” and “Can’t Take My Eyes Off You” have endured for decades. Frankie Vallie and The Four Seasons are still entertaining eager audiences around the world with their timeless music.

May 7
Although he has a prolific TV and film career, Kevin James got his start in stand-up comedy. He’s best known for his star turn on the CBS sitcom, “King of Queens,” which aired for nine season and is regularly shown in syndication. Film highlights include producing, writing and starring in hit comedies “Paul Blart: Mall Cop 1 & 2,” “Zookeeper” and “Here Comes The Boom.”

An Intimate Evening with David Foster

May 21
As one of today’s most prolific songwriters and music producers, David Foster is stepping into the spotlight himself with a 50-city nationwide tour. The performances are a prelude to his entree into Broadway. He’s writing the music for an upcoming new musical about the iconic animated character, Betty Boop. Composing music for superstars such as Barbra Streisand, Whitney Houston, Michael Jackson and Madonna has earned Foster 44 Grammy Awards. He also played a key role in launching the careers of Celine Dion, Josh Groban and Michael Buble. The PBS specials, “Hit Man” and “The Hit Man Returns” chronicled Foster’s prolific career, which included penning “Glory of Love” and “Grown-Up Christmas List.”

June 10
In a career that spans six decades this salsa orchestra is considered one of Puerto Rico’s most successful groups. They’re known for their simple, rhythmic sound, that’s been honed to perfection. Accolades include induction to the International Latin Music Hall of Fame and the Billboard Latin Music Lifetime Achievement Award. The current world tour is in celebration of the group’s 60th anniversary. 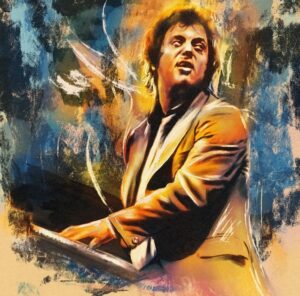 Billy Joel is one of the most renowned songwriters of the 20th Century. During this high energy show audiences can expect to hear beloved songs such as “Just The Way You Are,” “New York State of Mind,” ‘”Uptown Girl,” “Vienna,” “Scenes from an Italian Restaurant,” “‘Piano Man” and many more. A talented group of multi-instrumentalists bring Joel’s 1970s and ’80s songbook to life.

Ladies Night Package is made for fun

See a show at Wind Creek Event Center and enjoy an overnight stay in the Carriage House Apartment with room for six. There will be a wine and cheese platter waiting in your accommodations plus everything you need to make mimosas. The package includes a $25 Uber gift card so you can leave your car in our parking lot and have a care-free evening. Check availability and book today.